by
NYC Haunts
By Alora Cholette
This summer, Global Kids is teaming up with three Hive Learning Network partners around New York City to run Global Kids’ signature location-based game program, NYC Haunts. As we serve diverse populations and adjust to new settings, we are also stretching, growing, and adapting our curriculum to prepare for a roll-out of the program across multiple Global Kids school sites in the Fall.

The first stop was Exposure Camp, a program that guides teenagers from the Mt. Vernon and north Bronx areas to create and program their own digital content.

Alora Cholette, an Adelphi University Community Fellow working with GK OLP for the summer, provides her reflections from the field:​

Efficiency was the name of the game at Exposure Camp. Students were faced with the challenge of designing a location-based game in just one week! Boy did they step up to the task. 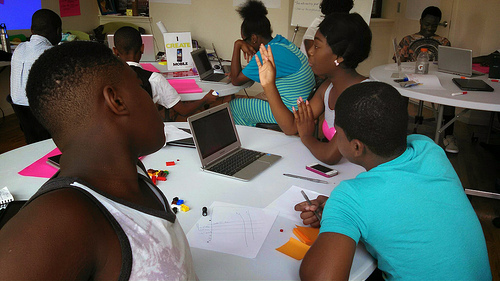 Taking inspiration from their own experiences and those of local idols, the students created a game about a young boy named Patrick. Newly arrived to Mt. Vernon, Patrick is afraid to explore the area because of rumors he’s heard about its reputation. However, he has dreams of becoming a famous rapper, which aren’t going anywhere with him stuck inside.

Suddenly, the ghost of Mt. Vernon hip hop artist, Heavy D, appears and sends Patrick on a journey to get to the local festival Arts on 3rd. On the way, Patrick has to help other Mt. Vernon celebrities in order to collect Heavy D’s song lyrics, which talk about the pride the rapper has in his neighborhood. 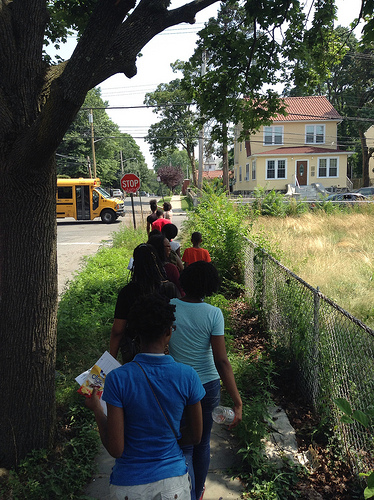 In order to make the game, the students kept up an energetic pace for 5 days of intensive game design. We started by brainstorming basic elements, which developed into interesting in-depth conversations about how perceptions from outside can effect how we see ourselves from within a culture.

Specific topics came up as we explored the neighborhood and researched its history. The students wanted to focus on how a game could be used to improve their surroundings. 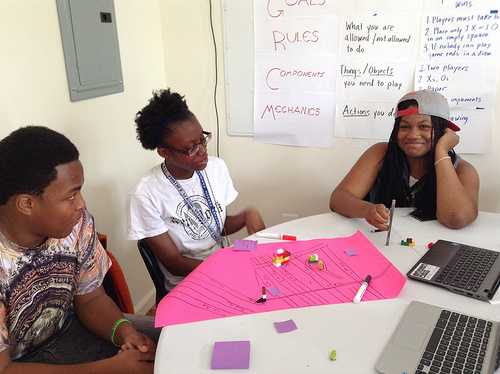 Once the idea of local entertainers and artists became our focus, we moved on to testing paper prototypes, and coding the final product.

Creativity was in the air and their level of engagement within the tight timeframe was impressive and a joy to be a part of! 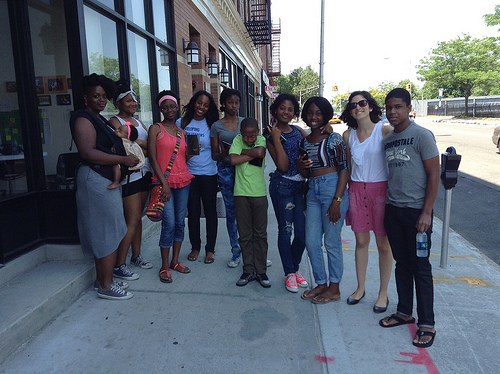 Special thanks to the Hive Learning Network, Exposure Camp, the New York Community Trust, and the New York Public Library for their support of this project.
Share: