by
NYC Haunts
By Sara Vogel
This summer, youth channeled the stories of yet another set of New York City “ghosts” through our signature NYC Haunts program — this time, at New Directions Secondary School in the Bronx.

A multi-age, diverse group of elementary, middle, and high schoolers, along with adult educators collaborated to create a location-based game about local South Bronx history and issues using MIT’s TaleBlazer software. Everyone rose to the challenge to complete the project in just one week. 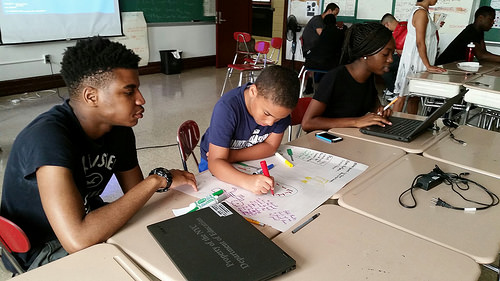 ​After playing some example games and learning the elements of a game, game designers got right to work, listening intently to the stories of Global Kids staff member and former HS basketball player, Devin, who attended school on their campus a few years ago. They also conducted research about the history of the area through internet searches, community walks, and interviews with local residents. The students found out that the Bronx was plagued by arson in the 1970s, and it destroyed many homes. They learned about the efforts of young people to rebuild the community in the wake of the destruction. 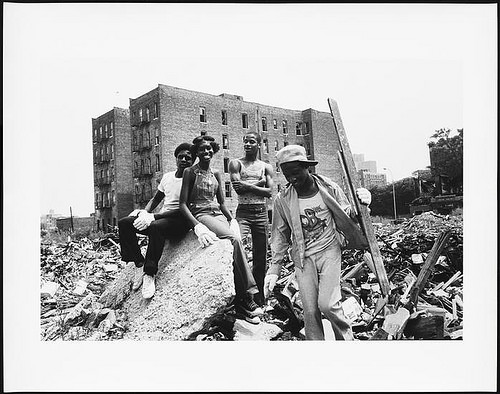 In the end, the winning game concept involved many of the researched elements: The player is Devin, a high school basketball star who is zapped back in time to the 1970s. Only a pair of magical Jordans can help him return to the year 2009 in order to play in the basketball championship. To find the shoes, he must help neighborhood people locate the items they need to rebuild the community after an arson.

Once the group settled on a core idea, youth split up into four teams to divide up the work. The art team created images for the characters and items. The storytelling team wrote and reviewed the text of each character. The investigator team determined the clues and riddles to give to the player within the game. The coding team figured out the logic of the game and programmed it. 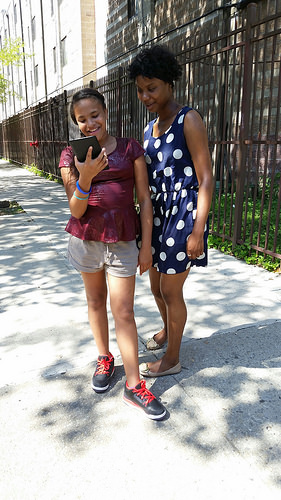 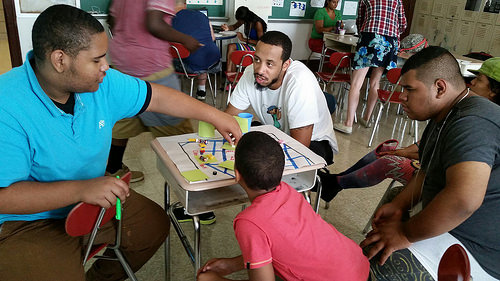 Everyone’s hard work paid off. Give the game it a playtest the next time you are around 170th St and the Grand Concourse. It can be found if you download the TaleBlazer app and insert the code: gbosehd 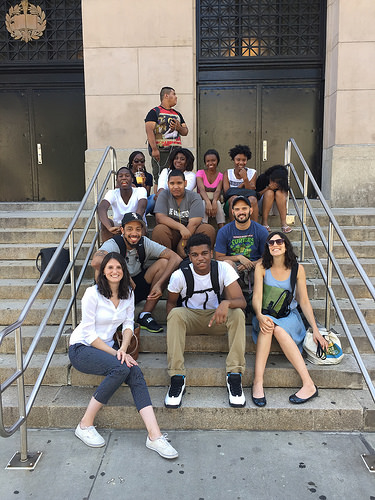