by
Conferences
By Joliz Cedeño
Without hesitation everyone involved agreed that this year’s Emoti-Con! was the BEST EVER! We saw over 150 youth bring their energy and a-game as they set up the projects they worked so hard on over the course of the year. The diversity of mediums ranged from film, scratch, projects using arduino boards, geolocative gaming, robotics and so much more. Youth heard from four amazing keynote speakers including: Mike Edwards, software engineer at The Huffington Post; Ayah Bdeir, founder of littleBits.cc; Jeffrey Yohalem, lead writer of Assasin’s Creed: Brotherhood; and Naveen Selvadurai, co-founder of foursquare.

Global Kids represented with three projects including the Playing for Peace Challenge, NYC Haunts, and the debut of Cut It Out a documentary made by GK Leaders at Long Island City H.S. on truancy.

Taking home crowd favorite was a team from MOUSE who developed Dining Bands. These bands worn on the wrist were to aid the visually impaired while dining. They would vibrate near food to let its user know where it was and had a sensor for temperature to warn the user when their food was too hot.

Overall, the day was a great success and we will have many more videos and photos to share. For now feel free to check out the gallery thus far and watch a brief reflection from two NYC Haunts youth who attended the festival. GK Leader Paoly said it best as she summed up her thoughts:

I learned to make something… it doesn’t have to be perfect, or ugly, or pretty…
​it just has to be fun! 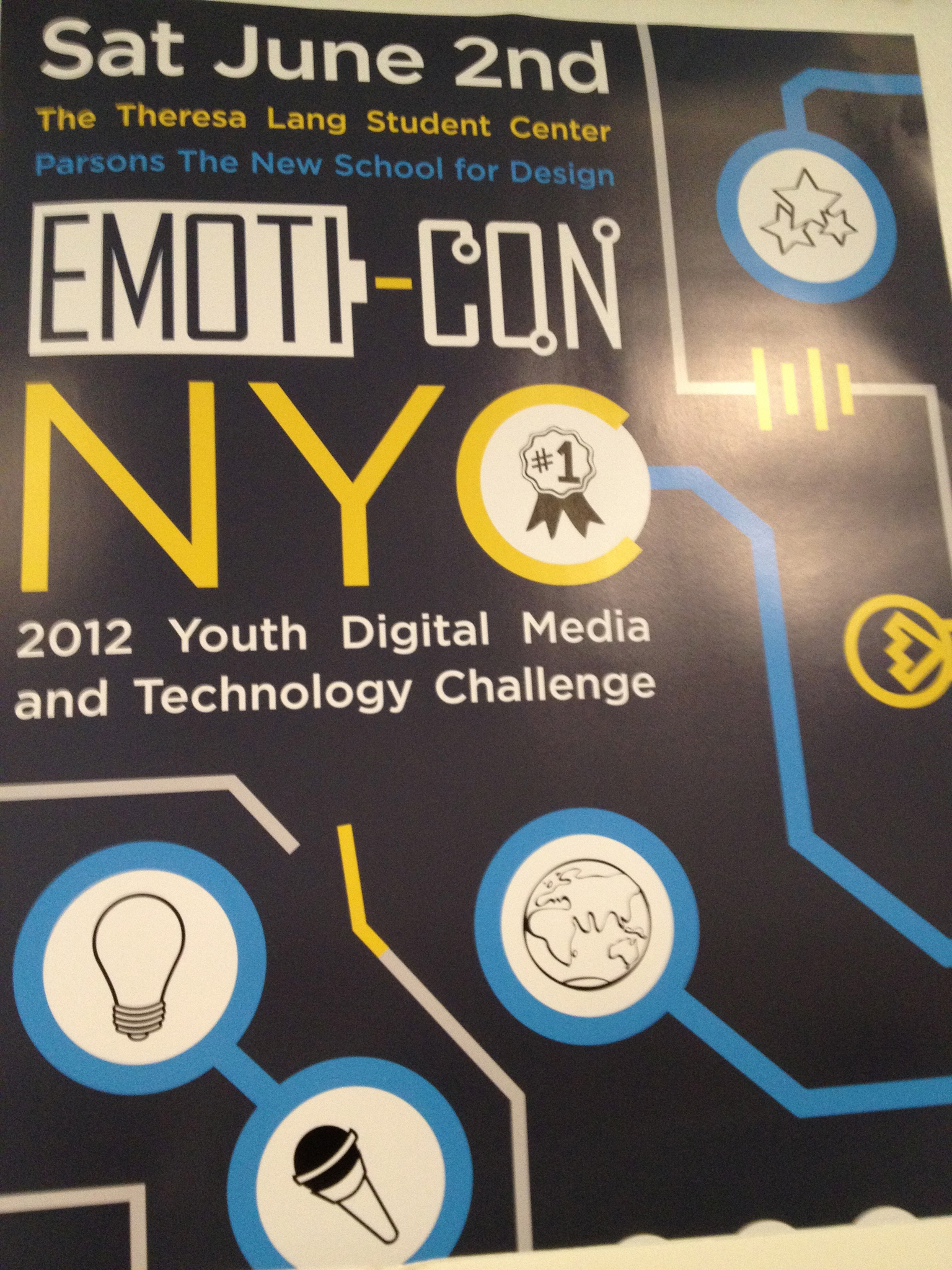